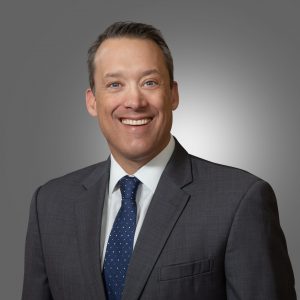 As a Florida community association lawyer, I am often asked about the legal differences between the various types of community associations: Homeowners’ Associations (HOAs), Condominium Associations (Condos) and Cooperative Associations (Co-ops).  Sometimes, the differences seem apparent.  A standard planned neighborhood of single-family homes is nothing like a high-rise condominium.  Other times, it is hard to tell.  Some communities of detached single-family homes are organized as condominiums.  We call them “land-o-miniums”.   Other planned neighborhoods look like HOAs, but are instead operated as Co-ops.  What is the legal difference?

The answer is found in the statutory definitions of Co-ops (Section 719.103(12), Florida Statutes), HOAs (Section 720.301(9), Florida Statutes), and Condos (Section 718.103(11), Florida Statutes).  A Co-op is the easiest to legally identify.  It exists when the land in a neighborhood is owned by a legal entity (i.e. a corporation) and the lot owners have both a membership interest in that entity (i.e. stock) and the right to possess their lot on a continuing basis (i.e. a long-term lease).  Co-op members do not own their lot.  Instead, they are generally stockholders in the Co-op with a long-term lease to their parcel.

Condos are the next easiest type of association to identify.  A condominium is a form of ownership created pursuant to Florida’s Condominium Act in which owners own both their unit and an undivided share in the common elements (everything outside their unit).  While condominiums can look like other types of communities, they are generally easy to spot because the units are created by a Declaration of Condominium, sometimes coupled with a condominium plat, which is expressly referenced in each unit’s deed (i.e. Unit B, according to the XYZ Declaration of Condominium).

It is important to know what type of association you are dealing with because different rules apply to each.  Condos are the most heavily regulated and even have a whole chapter of the Florida Administrative Code to themselves.  HOAs tend to be less regulated, though new laws are enacted every year to reduce their operational flexibility.  If you are not sure what type of community you live in, take a look at the statutory definitions.    They may provide the answer.